‘Your package will be delivered between …’

Gone are the days – at least in theory – of waiting at home all day for a package that might possibly arrive sometime in the next eight hours. Now companies can let us know exactly where our books or socks or paperclips have got to. But at the end of 2019, Wycliffe Bible Translators received news of a much more exciting delivery. The Flame (name changed for security reasons) Bible translation team in West Africa had sent an update: ‘The New Testaments with Genesis have rounded the Cape of Good Hope on a ship and are heading north to us.’

Imagine the anticipation of waiting for God’s word in your own language. The Flame is a group of about 500,000 people, and about 99% of them are Muslims. A few years ago, members of the team returned to their village to test the translation of one of the Gospels. They went to see the imam (Muslim religious leader) and asked him to listen to the text and correct any language that was unclear or unnatural. 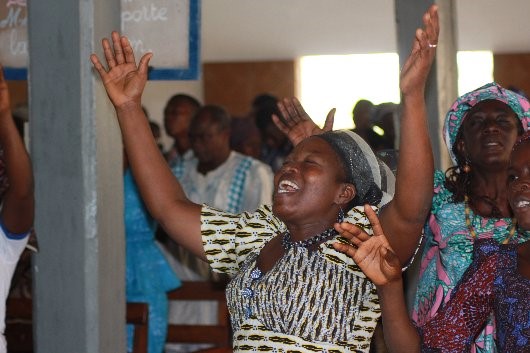 The Word is very Powerful

During the reading, the imam was concentrating hard as he made comments about what Jesus was saying. On the third day, something seemed to be bothering him. The translator stopped reading and pointed out that he didn’t seem to be following. The imam responded, ‘I am following, it’s just that the word is very powerful, and it troubles me and makes me think about my life.’

At the end of the reading, when asked for his overall impression of the text, he said, ‘When you have finished translating and when our children read this, then this town will understand the truth and will change.’

May those words come true!

Wycliffe Bible Translators believe that God speaks directly to every man, woman and child through the Bible. But unless people have the Bible in the language they understand best, they cannot read his message of life, hope and salvation. Millions of people still do not have a single verse of Scripture. Let us take a closer look at the needs.

How many people have access to Scripture in their first language?

How many people have no Bible? 1 in 5 people, speaking 6,656 languages, do not have a full Bible in their first language.

What is the potential impact of work underway? 2,731 languages in 167 countries have begun active translation or preparatory work. Wycliffe and other partner organisations are involved in about three-quarters of this work.

‘If it were necessary to find a single turning point symbolising the movement of Christianity from the North to the South, a good candidate might be the founding of Wycliffe Bible Translators... This organisation has been the most visible promoter of Bible translation in the twentieth century. The translation of the Scriptures, in turn, may be the most enduringly significant feature of the global expansion of Christianity...’

(Turning Points: Decisive Moments in the History of Christianity, Mark A. Noll, 2000)

Neil Graham of the Wycliffe’s Church Engagement Team will be our speaker at services on 25th July.  Do come along, or watch online, to hear more about Wycliffe’s work.